It is known, to the force of a single pound weight, what the engine will do; but, not all the calculators of the National Debt can tell me the capacity for good or evil, for love or hatred, for patriotism or discontent, for the decomposition of virtue into vice, or the reverse, at any single moment in the soul of one of these its quiet servants, with the composed faces and the regulated actions. ~ Hard Times

To be sure, the better and profounder part of her character was not within his scope of perception; for in natures, as in seas, depth answers unto depth; but he soon began to read the rest with a student’s eye. ~ Hard Times

“How could you give me life, and take from me all the inappreciable things that raise it from the state of conscious death?” ~ Hard Times

He was a rich man: banker, merchant, manufacturer, and what not. A big, loud man, with a stare, and a metallic laugh. A man made out of a coarse material, which seemed to have been stretched to make so much of him. A man with a great puffed head and forehead, swelled veins in his temples, and such a strained skin to his face that it seemed to hold his eyes open, and lift his eyebrows up. A man with a pervading appearance on him of being inflated like a balloon, and ready to start. A man who could never sufficiently vaunt himself a self-made man. A man who was always proclaiming, through that brassy speaking-trumpet of a voice of his, his old ignorance and his old poverty. A man who was the Bully of humility. ~ Hard Times

She was a most wonderful woman for prowling about the house. How she got from story to story was a mystery beyond solution. A lady so decorous in herself, and so highly connected, was not to be suspected of dropping over the banisters or sliding down them, yet her extraordinary facility of locomotion suggested the wild idea. ~ Hard Times

Day was shining radiantly upon the town then, and the bells were going for the morning work. Domestic fires were not yet lighted, and the high chimneys had the sky to themselves. Puffing out their poisonous volumes, they would not be long in hiding it; but, for half an hour, some of the many windows were golden, which showed the Coketown people a sun eternally in eclipse, through a medium of smoked glass. ~ Hard Times

He had been for many years, a quiet silent man, associating but little with other men, and used to companionship with his own thoughts. He had never known before the strength of the want in his heart for the frequent recognition of a nod, a look, a word; or the immense amount of relief that had been poured into it by drops through such small means. ~ Hard Times 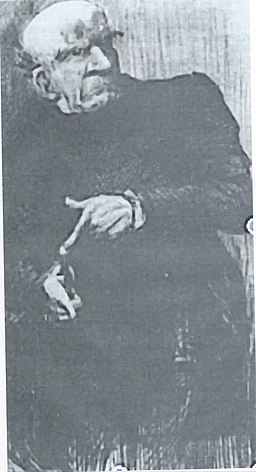