Characters in The Old Curiosity Shop 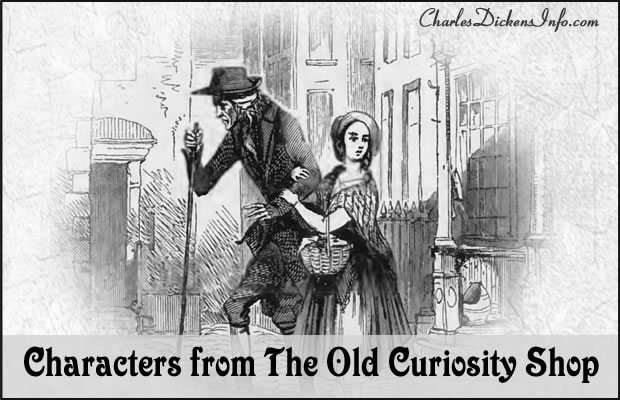 This list of characters from The Old Curiosity Shop is presented in alphabetical order.

Sally Brass – Sampson Brass’s sister. She also acts as her brother’s partner at the law firm.

The other was his clerk, assistant, housekeeper, secretary, confidential plotter, adviser, intriguer, and bill of cost increaser, Miss Brass–a kind of amazon at common law.

Sampson Brass – Sally Brass’s brother.  He is Quilp’s attorney.  He depends on his sister, Sally, to help him in his law firm. 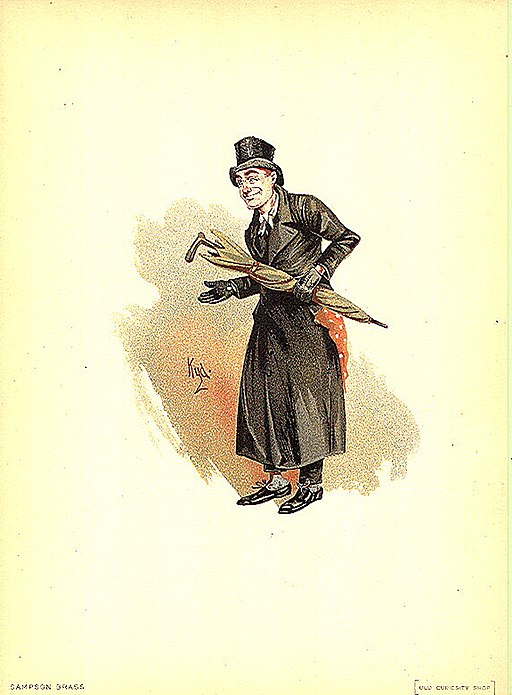 He had a cringing manner, but a very harsh voice; and his blandest smiles were so extremely forbidding, that to have had his company under the least repulsive circumstances, one would have wished him to be out of temper that he might only scowl.

Grandfather – The grandfather of Little Nell and Fred.  Oddly enough, his name is never revealed in the story.

Little Nell’s grandfather owns the Old Curiosity Shop and borrows money from Quilp to support his gambling habit.  He and Little Nell go on the lam to escape Quilp.

The haggard aspect of the little old man was wonderfully suited to the place; he might have groped among old churches and tombs and deserted houses and gathered all the spoils with his own hands. There was nothing in the whole collection but was in keeping with himself nothing that looked older or more worn than he.

Mrs. Jarley – A kindly woman who owns a traveling waxworks.  She employs Little Nell and her grandfather.

The Marchioness  – She is a servant of the Brasses.  Later she marries Dick Swiveller. 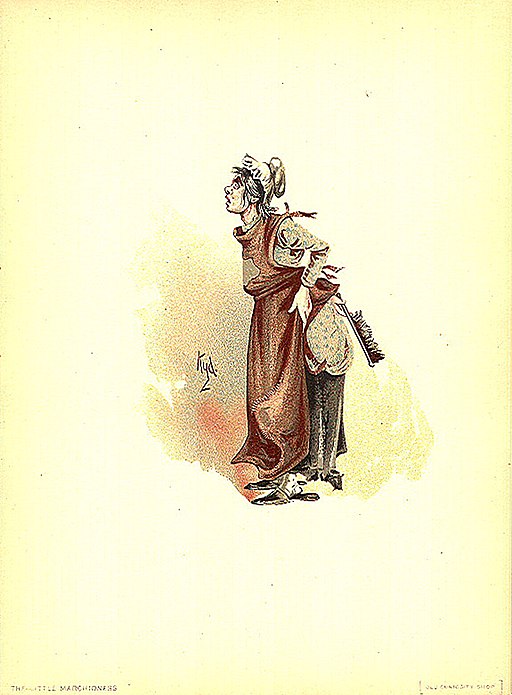 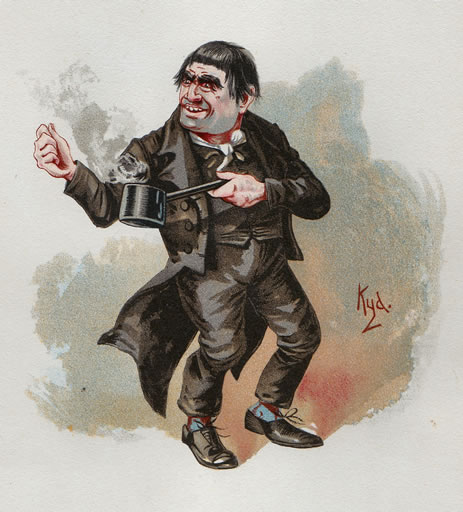 He ate hard eggs, shell and all, devoured gigantic prawns with the heads and tails on, chewed tobacco and water-cresses at the same time and with extraordinary greediness, drank boiling tea without winking, bit his fork and spoon till they bent again, and in short performed so many horrifying and uncommon acts that the women were nearly frightened out of their wits, and began to doubt if he were really a human creature.

The Single Gentleman –  A lodger of the Brasses.  He tries to locate Little Nell and her grandfather.   Late in the novel, it’s revealed that he’s the brother of Little Nell’s Grandfather.

Dick Swiveller – A friend of Fred Trent.  He plans to marry Little Nell as a way to get to her grandfather’s money.  Later he works for the Brasses.  Toward the end of the novel, he marries “the Marchioness”. 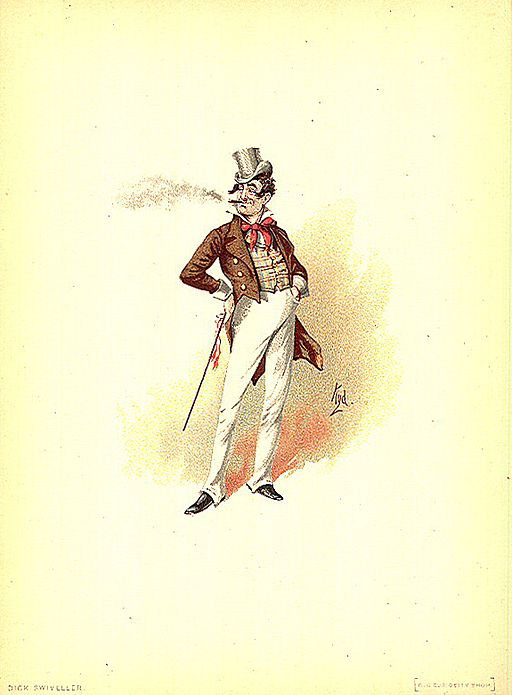 Fred Trent – Little Nell’s brother.  He is convinced that his grandfather is wealthy and schemes on ways to get the money. 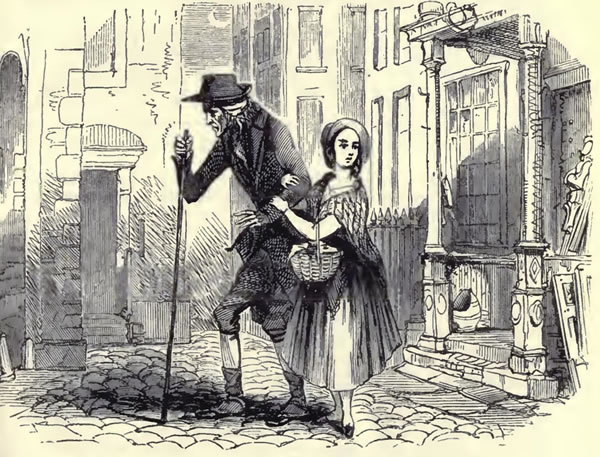 Little Nell and her grandfather

“If you are sorrowful, let me know why and be sorrowful too; if you waste away and are paler and weaker every day, let me be your nurse and try to comfort you. If you are poor, let us be poor together; but let me be with you, do let me be with you; do not let me see such change and not know why, or I shall break my heart and die.”

More About The Old Curiosity Shop 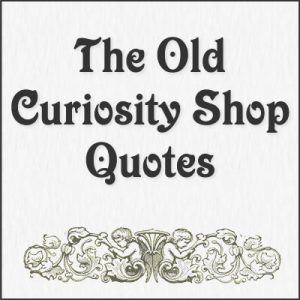 Collection of Quotations from The Old Curiosity Shop

The death of Little Nell traumatized Dickens. As he was writing the novel, he felt as though he were experiencing the death of one of his children. It also brought back painful memories of the death of his sister-in-law, Mary Hogarth.