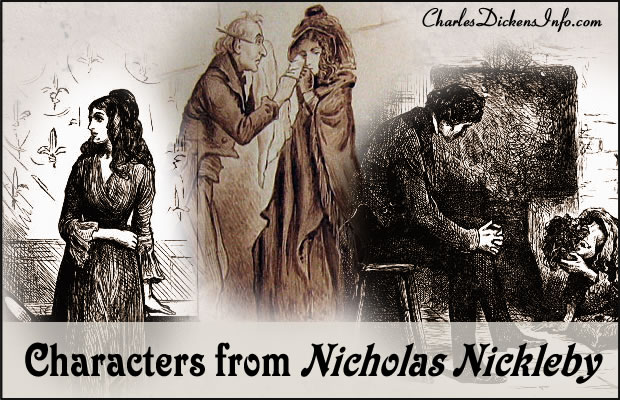 This list of Nicholas Nickleby characters is presented in alphabetical order. 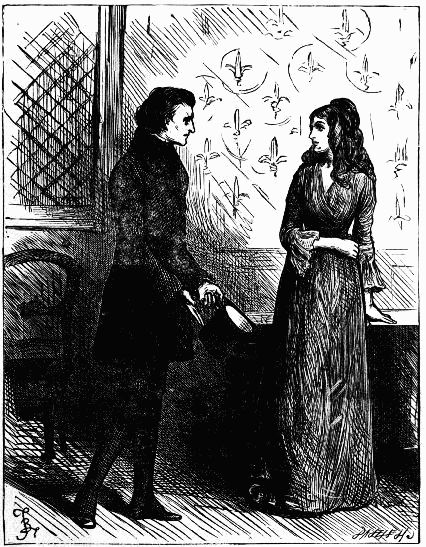 Charles and Edwin (Ned) Cheeryble – Charles and Net are twin brothers.  They are the kind-hearted employers of Nicholas Nickleby.

“Natural affections and instincts, my dear sir, are the most beautiful of the Almighty’s works, but like other beautiful works of His, they must be reared and fostered, or it is as natural that they should be wholly obscured, and that new feelings should usurp their place, as it is that the sweetest productions of the earth, left untended, should be choked with weeds and briers. I wish we could be brought to consider this, and remembering natural obligations a little more at the right time, talk about them a little less at the wrong one.” ~ Charles Cheeryble

Vincent Crummles – Vincent is the head of the Crummles family and the manager of a touring stage company.  He employs Nicholas and Smike after they leave Dotheboys Hall.

Arthur Gride – A moneylender who schemes for the hand of Madeline Bray in marriage. 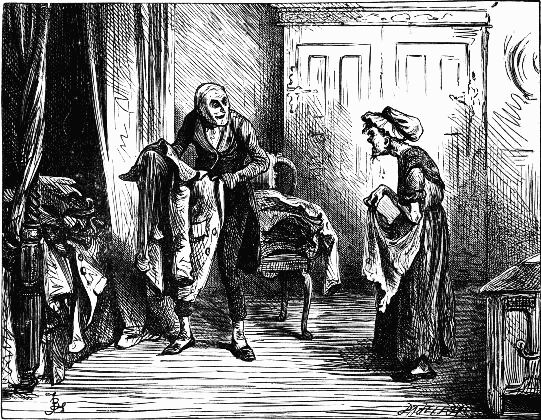 “I’ll be married in the bottle-green,” cried Arthur Gride.

Arthur Gride, whose bleared eyes gloated only over the outward beauties, and were blind to the spirit which reigned within, evinced — a fantastic kind of warmth certainly, but not exactly that kind of warmth of feeling which the contemplation of virtue usually inspires.

“You’ll bring your threats here, will you?” said Gride, whom jealousy of Nicholas and a sense of his own triumph had converted into a perfect fiend. “You, the disappointed lover–oh dear! He! he! he!–but you shan’t have her, nor she you. She’s my wife, my doting little wife. Do you think she’ll miss you? Do you think she’ll weep? I shall like to see her weep–I shan’t mind it. She looks prettier in tears.”

Catherine Nickleby –  Catherine is the mother of Kate and Nicholas Nickleby.

Charles Dickens’s own mother, Elizabeth Dickens, was the model for the always-confused Mrs. Nickleby. Luckily Elizabeth Dickens didn’t recognize herself in the character. In fact, she asked someone if they “really believed there ever was such a woman”.

“I will not retire,” cried Kate, with flashing eyes and the red blood mantling in her cheeks. “You will do him no hurt that he will not repay. You may use force with me; I think you will, for I am a girl, and that would well become you. But if I have a girl’s weakness, I have a woman’s heart, and it is not you who in a cause like this can turn that from its purpose.”

Nicholas Nickleby  –  Nicholas goes to work for Wackford Squeers in order to support his family after the death of his father.  He and Smike escape Mr. Squeers and go to work for the Crummles acting troupe.  Later Nicholas works for the kind-hearted Cheeryble brothers.  Eventually he marries Madeline Bray.

“When I speak of home, I speak of the place where — in default of a better — those I love are gathered together; and if that place were a gypsy’s tent, or a barn, I should call it by the same good name notwithstanding.” ~ Nicholas Nickleby

Ralph Nickleby – Ralph is the uncle of Nicholas and Kate.  He pretends to help them after the death of their father.  However, he really uses them for his own purposes.  Later it is revealed that he is the father of Smike. 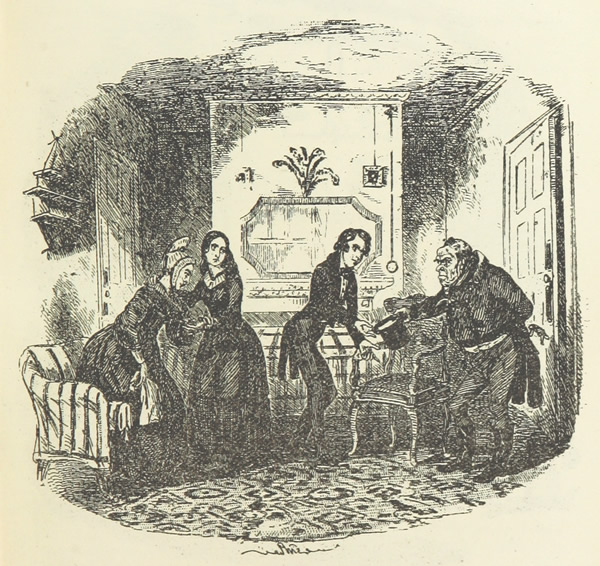 He wore a sprinkling of powder upon his head, as if to make himself look benevolent; but if that were his purpose, he would perhaps have done better to powder his countenance also, for there was something in its very wrinkles, and in his cold restless eye, which seemed to tell of cunning that would announce itself in spite of him.~ description of Ralph Nickleby

Newman Noggs – Newman works as the clerk of Ralph Nickleby.  He befriends Nicholas and helps him turn the tables on Ralph. 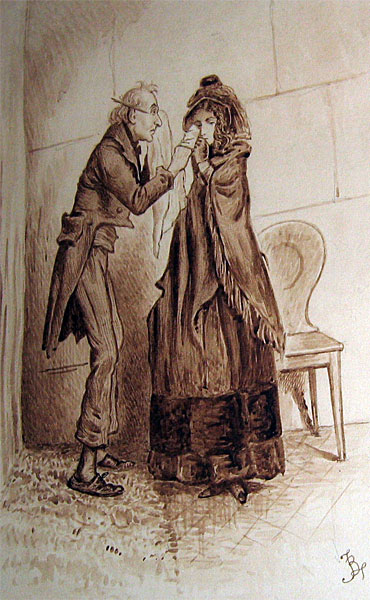 Newman cast a despairing glance at his small store of fuel, but, not having the courage to say no–a word which in all his life he never had said at the right time, either to himself or anyone else–gave way to the proposed arrangement.

Smike – The ill-used student and then the ill-used employee of Wackford Squeers.  Smike and Nicholas leave Dotheboys Hall.  They work for Crummles acting troupe.  After Smike’s death, it is discovered that he was the cousin of Nicholas and Kate. 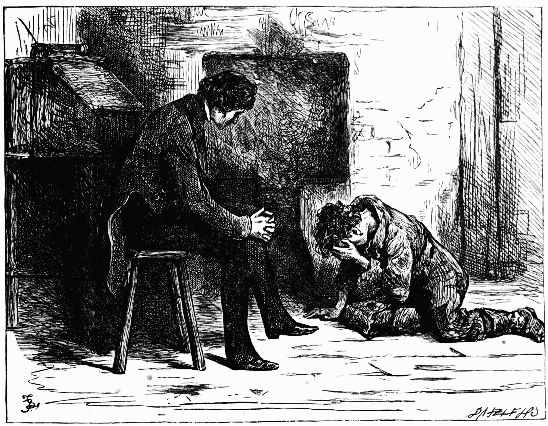 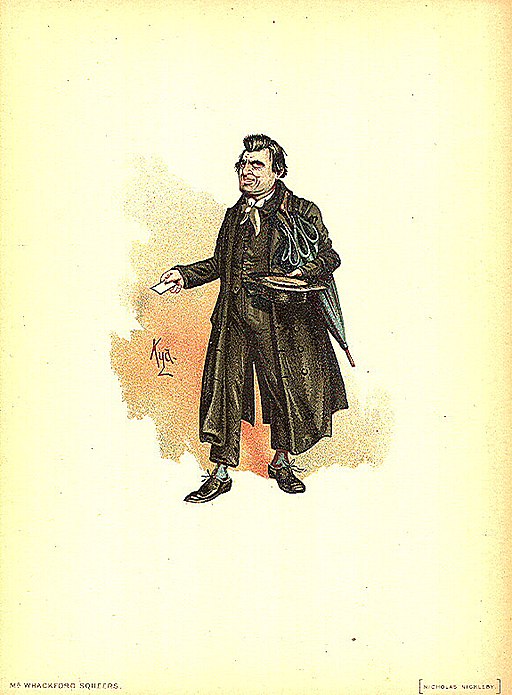 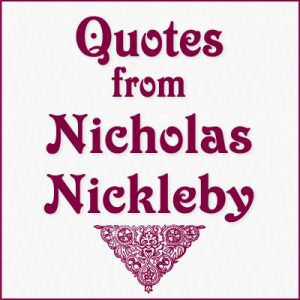 Collection of Quotations from Nicholas Nickleby 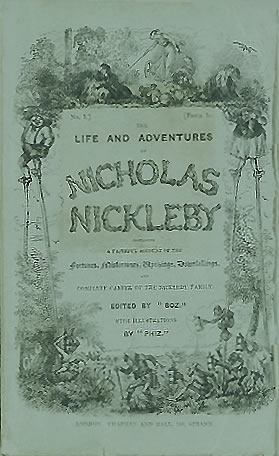 Dickens’s own mother, Elizabeth Dickens, was the model for the always-confused Mrs. Nickleby. Luckily she didn’t recognize herself in the character. In fact, she asked someone if they “really believed there ever was such a woman”.